Do Copper Pans Really Not Work With Induction Cooktops?

Although they are both beloved by amateur and professional chefs alike, copper pans and induction cooktops are, in most cases, fundamentally incompatible. Heating by magnetic induction offers a high degree of safety and precision when compared to conventional stoves, but they require magnetic cookware to actually generate heat. Copper is similarly valued for its ability to conduct heat quickly and evenly, but it is so weakly magnetic that a pure copper pot would remain cold and inert on even the most powerful induction cooktop. There are, however, options for the chef who demands the best of both worlds, and you may not need to choose between the two.

Induction cooktops cook food by running an electrical current through copper coils beneath the surface of the stove. This electromagnetic energy generates a powerful magnetic field, electrically heating any magnetic pans placed over it with startling efficiency. At the same time, the cooktop's surface stays cold to the touch, eliminating the risk of burns and keeping your kitchen cool. Chefs appreciate the precise and responsive temperature control of an induction cooktop, which allows them to apply and remove heat at the turn of a knob, but it does limit their choices in cookware.

Cooking With Magnetic and Non-Magnetic Materials

Traditionally, ferrous cookware made of cast iron or steel has been the most pragmatic option for cooks using induction stoves. Materials that are not magnetic, such as copper, aluminum and glass, do not offer resistance to the electromagnetic field and do not produce heat as a result. In fact, copper conducts electricity so well that it is typically used to create the coils in the cooktop itself. All of this paints a bleak picture for the prospects of induction cooking with copper pans, but with the right purchases, you may still be in luck.

The easiest and most inexpensive way to use copper pots over an induction stove is to place an interface disk between them. These disks are flat, circular and made of steel, which converts the magnetic energy of the cooktop into heat. When a copper pan is placed over the disk, it absorbs the heat energy and cooks the food as usual. Alternatively, there are copper pans for sale that incorporate ferrous metals into their bases, producing enough resistance to heat up the food they contain. These pans will not exhibit the same performance as pure copper, but they remain a viable option. If you love the look and feel of copper but do not want to give up the superior control of induction, consider investing in an interface disk or conductive copper pan for your kitchen today.

Read in about 3 Minutes 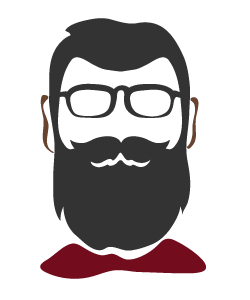 While I have always loved cooking, I started getting bored with it, and I wasn't sure why. I used to get excited when the holidays were coming up and I got the chance to share my "specialties" with family and friends. I soon realized that I still loved cooking, but I was just bored with creating the same recipes over and over. I bought a few new cookbooks and started cooking brand-new cuisines and even creating my own recipes! I also started tweaking recipes and improvising as I went along creating a dish. I now enjoy cooking more than I ever did before! I enjoy sharing my passion for food and cooking with others, so I decided to create a blog all about my passions. I hope I can inspire you to try new foods and create new dishes!